A number of studies recognize that Black and Brown people in most cases abuse substances at disproportionately lower rates than their White counterparts. However, people of color are still statistically more likely to be judged upon appearance, searched for substances, and charged more often and severely, among many other discrepancies.

Whether evidenced through the changes White communities suddenly seek in their demand to receive treatment (not incarceration) for the most recent epidemic of heroin addiction, or one of President Nixon’s top advisor’s confessions about the true intentions of the War on Drugs, it’s unquestionable that this initiative has deep roots in slavery and targets people of color. Over the past two months, Black students, (including myslef) from campuses across the nation organized a national day of action via social media to address how the War on Drugs manifests in higher education spaces.  Hashtags such as #HIGHEReducation and #BlackUnited were used to post pictures across social media of the very places on our respective campuses where our White counterparts abuse substances regularly with little to no repercussions. 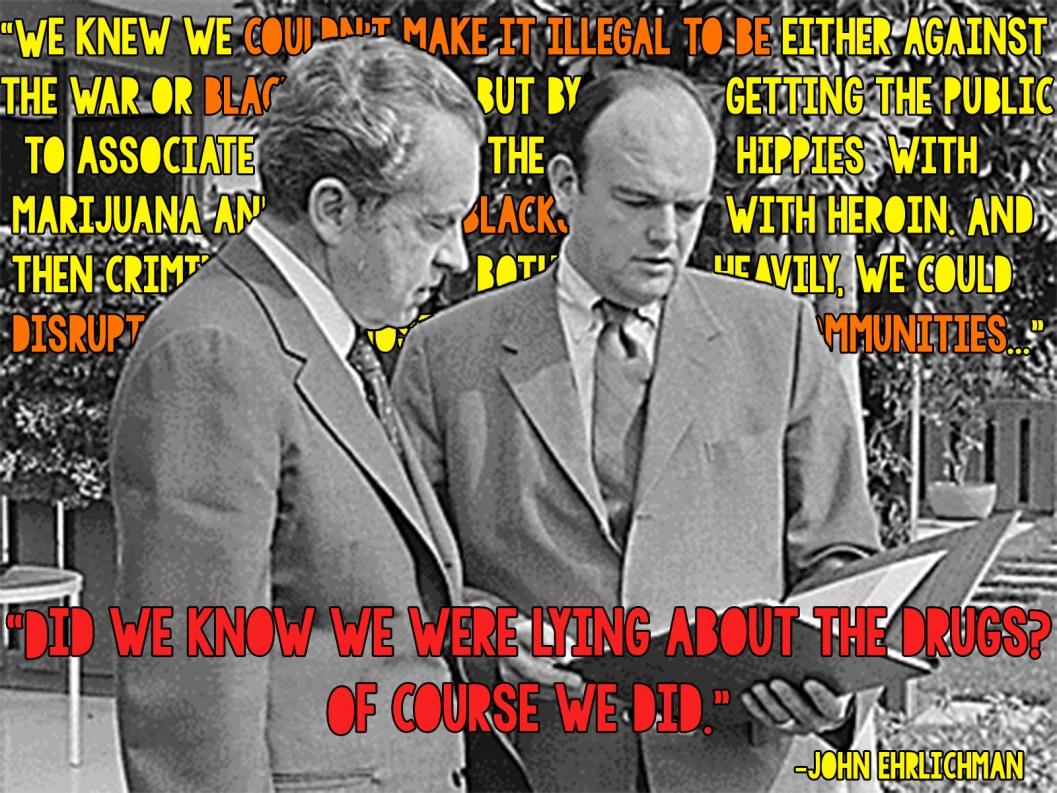 What we intended on highlighting was not only the discrepancies in who these policies target, but also how certain drugs are criminalized over others. Below are some of the images, posts, and actions students participated in this past 4/20.

“Many cases of these all nighters and increased abilities to focus can be attributed to students using prescription “study drugs” like Adderall and Ritalin. Studies have shown that in higher education spaces, these are substances used excessively more by White students than Black, Latino, or any other group of students. In my five years on this campus, I have yet to see or read anything about a [White or Black] student being judged, accused, or arrested for the abuse of such substances, and rarely have I heard of an arrest made for the dealing of such drugs.

Prescription drug usage in this context, and most others, are not perpetuated primarily by Black and Brown people and are not as heavily criminalized.This is just one of the discrepancies we take note of when we declare that the War on Drugs is a war on Black and Brown bodies.

-Student at the University of Wisconsin Madison 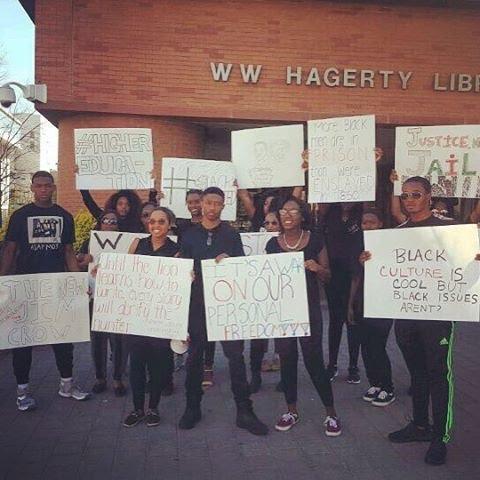 “The WW Hagerty Library is a location on Drexel’s campus in which white students participate in substance abuse known as ‘study drugs’ and no repercussions are taken. @drexelbac is fed up with this war on blacks being masked as a war on drugs. Today we took action and conducted a peaceful protest against the war on blacks, mass incarceration, and police brutality! #blackunited #HIGHEReducation” 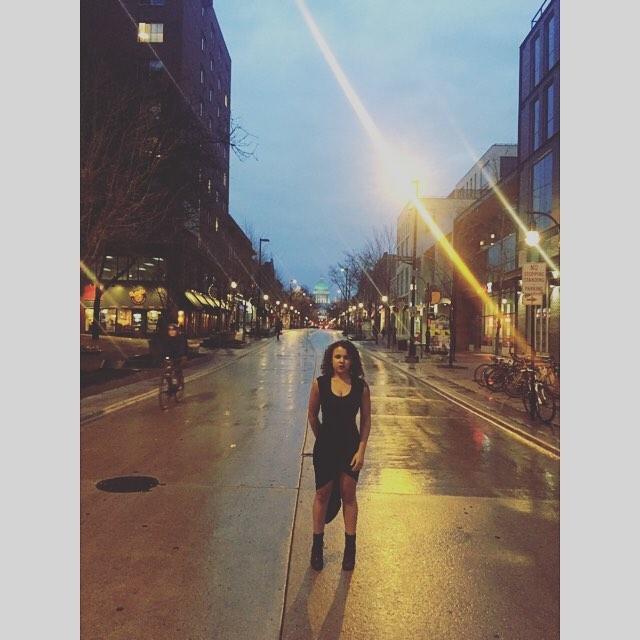 “This 4/20 I stand for the Decriminalization of Black Bodies; A rejection of the War on Drugs State St.

A plethora of gift shops, food stops, and crowded bars.

Always ringing with the echo of the drunken white men who yelled “Go home niggers!” as we peacefully marched in solidarity with Mizzou.

Police stood close by, protecting the community from our Black.

The street lights of State St protect the white majority from getting arrested for being dangerously and aggressively drunk.

The police shuffle their feet as underage white students stumble back and forth on any given night.

The War on Drugs averts its eyes from the crimes because the abusers are not dark enough to be criminal. #BlackUnited

-Student at the University of Wisconsin Madison

“My white students and I made many 4/20 jokes today. Sure, it’s light-hearted, because smoking weed is something many white college students do with impunity — and they should be allowed to freely do so. But, for my non-white students, it is no joke; it is a symbol of their incarceration and their families’ incarceration. Given UWPD’s recent actions, my black students are right to fear talking about weed rather than joining the jokes. The police have sent their message: my classroom is not a safe space and I, the teacher, have no authority. The police can take them for non-violent charges whenever they want.

So, this 4/20, for those of you who like to, I hope you got to smoke some weed. And I hope for the future, others get to join you without fear of incarceration #‎HIGHEReducation‬ #‎BlackUnited‬ #‎YellowPerilSupportsBlackPower‬”

-TA from the University of Wisconsin Madison