In the midst of immigration reform legislative debates and delays for permanent solutions for immigrants left in limbo by Trump’s executive orders, TPS holders have moved swiftly to make sure their stories aren’t left behind. Temporary Protected Status (TPS), a program allowing thousands of immigrants to live and work in the US legally after disasters in their home country, was terminated last year by the Trump administration.

With a pending expiration date, TPS holders have been fighting to keep their status and bring their stories to the forefront of the national debate on immigration; in fact they have found a profoundly useful tactic – the court system. Haitian TPS holders are reportedly the latest group to file a lawsuit against the Trump Administration in the New York federal courts, claiming that the decision to end TPS was influenced by racism.

The lawsuit claims that the administration’s decision to end TPS for Haitians violates their due process rights because it was based on “the President’s categorical and defamatory assertions about all Haitians, which the Haitian TPS recipients were given no opportunity to challenge.”

As the case makes its way through the courts, this lawsuit serves as a reminder that resistance takes many forms, and that the court system is, in fact, a powerful tool to ensure the protection of our civil and human rights. The rights of everyone that is – even our immigrant brothers and sisters.

Read more about TPS and how it affects Hatiain Immigrants below here. 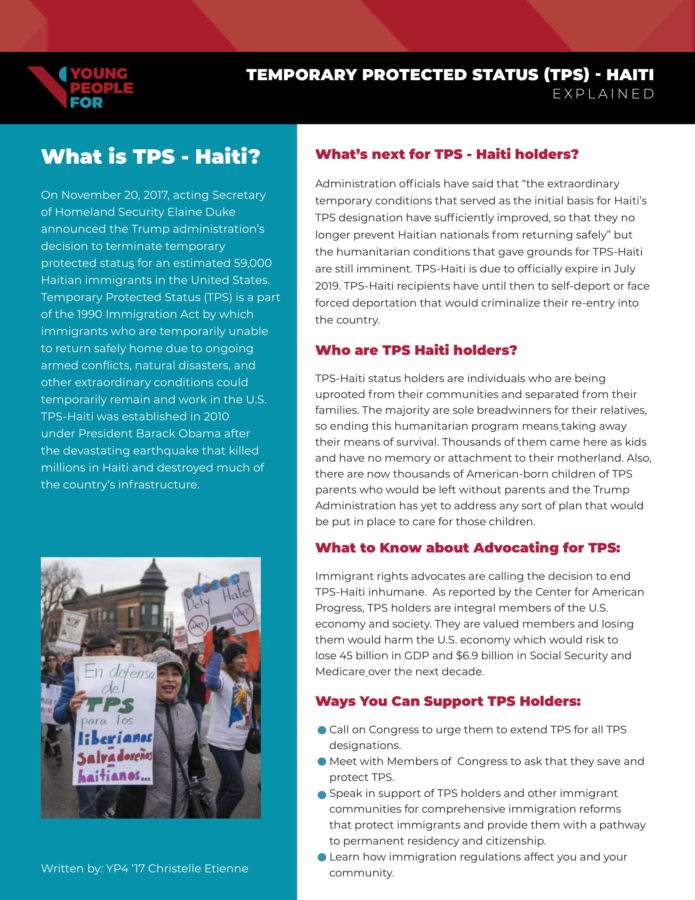