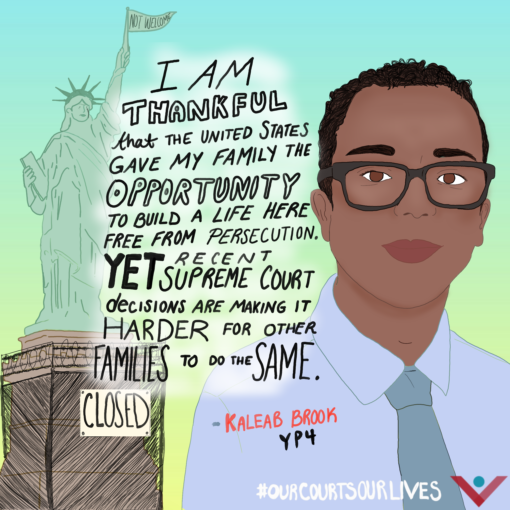 I was born in Addis Ababa, Ethiopia in 1992 only a year after an almost 30-year conflict fought my Eritrean separatists and the Ethiopian government. Born to an Eritrean mother and Ethiopian father, my family was a taboo of sorts. Despite shared histories, languages and culture, political differences had long since torn the two countries apart.

The year I was born, many thought the fighting was finally over. The war was over and a sense of normalcy had finally started to return to my family’s life. Yet as my parents began to build a family the political winds shifted, and 1998 a series of armed incidents along the border quickly devolved into total war between the two nations.

I was 4 years old and my family was at an impasse. A war had started in the county we called home and we were in its crosshairs. Though my mother was born in Ethiopia and had started a family there, the fact that her family was originally from Eritrea, meant that she was no longer welcome in the place she had called home her entire life.

As the war intensified my mother soon realized staying was no longer an option for our family; we were forced to leave at a moment’s notice or face persecution because of our identities.

By the time I was 5 years old my mother, brother and I had finally ended up in the United States. Eventually, my father joined us and we were reunited, once again. We built a home here in America and were lucky enough to find a nation that accepted us regardless of our race, ethnicity, religion or national origin.

Every day I am thankful that my adopted home, the United States, gave my family the opportunity to build a life here free from the persecution. Yet, I now fear that this may no longer be the case for other families facing crisis abroad that have nowhere else to turn.

In 2017, the Supreme Court upheld the Trump administration’s “Muslim Ban” in Trump v. Hawaii.  As the world faces some of the worst humanitarian crises in human history, our country is turning away families that find themselves in situations very similar to my own so many years ago. The Court’s conservative majority upheld a policy with its roots in hateful anti-Muslim rhetoric that contradicts American ethos exemplified by the words on the Statute of Liberty:

Give me your tired, your poor,

The wretched refuse of your teeming shore.

Growing up, my family was welcomed to the United States with open arms. Decisions like Trump v. Hawaii make me fear this may no longer be the case for those that come after me. As our Senators confirm the nation’s next Supreme Court justice, we must ensure they select a judge that will stand up for the values we hold dear as a nation. We cannot have a Court that rubber stamps even more xenophobic policy coming from the presidency. Our lives depend on it.