On the morning of October 1st, I woke up to a barrage of texts. “Are you ok?” “Is your family safe?” I woke confused, but knew something had gone terribly wrong. As I searched for answers, I learned yet another mass shooting began to unfold in our country, but this time it was in my hometown. I reached out to my family and friends to ensure their safety and played a waiting game.

I followed the news that morning as the death toll continued to rise and I along with the rest of the country began to understand what had transpired. Just a year and a half after the massacre in Orlando it happened again: the deadliest mass shooting in modern American history.

I finally heard back from my family and friends, everyone was safe, yet the events of that day reminded me of a chilling truth. The violence in Las Vegas did not occur in a vacuum; there is a gun violence crisis in the United States of America. This was not an aberration, it is the norm.

The violent incident in Las Vegas marked the 273rd mass shooting in our country. According to the Gun Violence Archive, America has now had 291 mass shootings since the beginning of 2017. That amounts to a mass shooting incident nearly every day of the year. 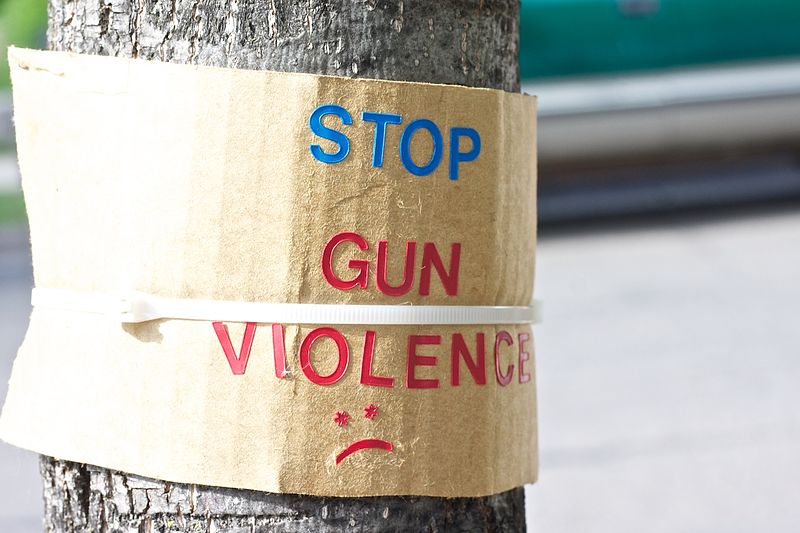 At this juncture one must ask the question, why? The answer is simple; for too long our political leadership has spurned common sense gun reform, instead offering their thoughts and prayers. Yet if it is not already self-evident their prayers are not enough without action. The time for ceaseless debate on gun control is over.

America hasn’t always had faulty gun laws. Nearly a century ago, our nation’s first experience with automatic weapons came to a head as the Great Depression fueled a rise of crime that spread the powerful weapons. This culminated in the adoption of the National Firearms Act of 1934, amended in 1986 to ban possession of automatic weapons manufactured after that year.

The success of that legislation has been indisputable: of guns used in crimes subject to law enforcement tracing, only 3 out of every 1,000 were automatic weapons. Despite our country’s gun violence epidemic, automatic weapons virtually never play a role in crime. In all likelihood, countless lives have been saved thanks to America’s first comprehensive national gun legislation. A grim reminder of the fact that our country used to be better at gun control.

Fast forward nearly 100 years later and mass shootings are now on the rise, aided by weapons that can still facilitate the kind of destructive power we saw kill 59 victims and injure over 500 in Las Vegas. A study of mass shootings since 1982 found that three quarters of the shootings involved semiautomatic handguns and more than a third of those were assault-style weapons meant for war.

Despite the fact that mass shootings are becoming more frequent and more deadly, gun regulation in most of the nation has taken a sharp turn downward.

Gun advocates have subscribed to the contrary notion that despite a gun violence crisis, the nation would somehow be better off with fewer gun laws and more guns.

Now more than ever it is clear: America needs policy change on gun control. How can we get there? As the national discourse again shines a light on the gun violence crisis, young voices will be critical. We must be the ones calling for change.

Young Americans suffer disproportionally from gun violence; we have to be the ones to mobilize our communities and fight for policy that puts an end to gun violence. It is imperative that stories about the effects of gun violence on our lives and our communities reach the national consciousness.

We must organize and fight for common sense gun policy at the local level. While local regulation is not and never will be the perfect solution to end gun violence, local governments are best positioned to champion solutions on matters like public carrying, background checks and robust permitting regimes for gun sales.

While the advocates we do have at the federal level fight for reasonable gun regulation in congress, we must do our part to ensure we stem the tide of deregulation that has put more guns on our streets. All politics is local and sensible gun laws begin and end in our communities.