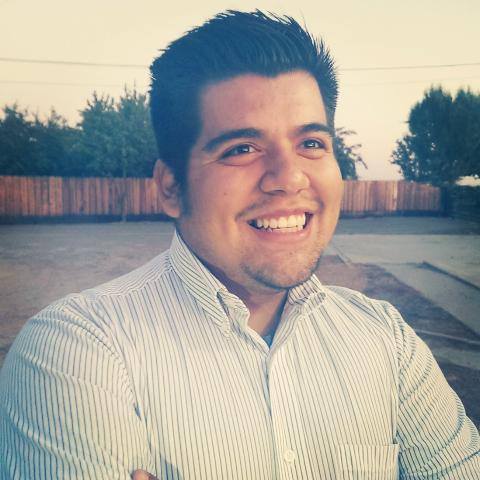 Alejandro Romo Carrillo is a son of Mexican-immigrant parents, Oakdale native, attended Modesto student College, YP4 2014-2015 Alumni and has been a Community Organizer in Merced for Communities for a New California Education Fund. He has several years of experience in political organizing, community outreach, capacity building and leadership development. Alex got his start in social justice work through the Youth Action Commission of Stanislaus County, in 2007, where he began as a volunteer and within five years served as its Executive Director. Alex developed and implemented programs to engage young people (11-18 years old) in civic participation within Stanislaus County. He is a co-founder and was President of a student organization called “The Freedom Forum”, a non-partisan political club, at Modesto student College. During his time as President of The Freedom Forum, he helped organize and execute a scholarship fund for civically engaged students, raising over $3,000.00 in seed money for scholarships. Through Young People For, Alejandro developed a social justice blueprint focused on developing young leaders and unlocking their potential in the San Joaquin Valley. He was a member of the Courts Cohort where Fellows and Alumni develop strategic plans on how to impact the United States judicial system. He is passionate about social economic issues, LGBTQ/Civil/Human rights, campaign finance disclosure reform, issues that impact rural communities in California and youth leadership development. When he is not organizing and studying, he is traveling or visiting the nearest beach.