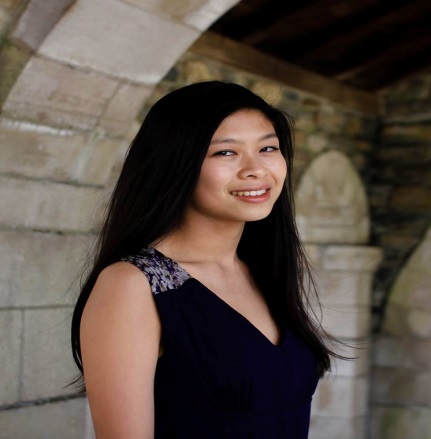 Angela Wong is a first-generation college student who attended Georgetown University. Originally from York City, she was raised by parents who emigrated from Malaysia. She attended Kent School through the support of A Better Chance, which allows students of color access to private school education. There, Angela participated on its cross-country and swim teams. She worked as Features Editor for Kents and a Peer Writing Tutor. By graduation, Angela was inducted into the Cum Laude Honor Society and Tri-M Music Honor Society. A product of contrasting school landscapes, Angela has become passionate about promoting social justice and educational equity. The Center for Social Justice’s (CSJ) First Year Orientation to Community Involvement (FOCI) introduced her to the endless service opportunities on the Hilltop. Through the CSJ, she has tutored English language learners with the DC Schools Project. Angela also attended an Alternative Break Trip to learn about healthcare disparities in Mississippi’s Delta. She has also been involved with the Roosevelt Institute’s Education Policy Center. She has also been appointed to Georgetown University Student Association (GUSA)’s Socioeconomic and Cultural and Racial Inclusivity teams. Angela is incredibly grateful for all the opportunities she is offered and hopes to dedicate her life to serving the public good.