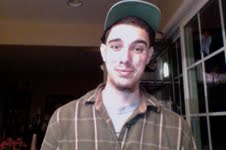 Ben has lived and studied in California’s Santa Cruz, and worked in the San Francisco Bay Area as a high school speech and debate coach. He was a member of Sin Barras, an organization of those directly affected by police terrorism and allies dedicated to prison abolition. On campus, Ben has been a participant in anti-privatization struggles, an organizer for the incipient California Student Union (CASU), and an ally in decolonized education.