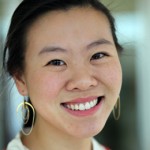 Beth has been an organizer with AFSCME International and is a graduate of the University of Wisconsin-Madison. She was a 2010 YP4 Fellow and worked on a blueprint project to fight union busting on campus and to build solidarity with campus workers. Her blueprint shifted when the conservative state government spread union busting to all state public employees. At UW-Madison, she first became involved in the Student Labor Action Coalition, a campus affiliate of United Students Against Sweatshops, which worked toward building student solidarity on campus and international solidarity campaigns. She was involved in running progressive slates for student government and served as the Vice President of United Council of UW Students, the statewide student association of Wisconsin. She has helped organize many campaigns, which have resulted in the divestment of UW-Madison from Nike Athletic, a tuition freeze for 180,000 students, and a progressive student of color being elected to local government.