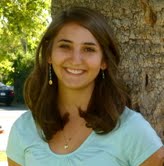 Brielle is from Phoenix, Arizona and has studied Spanish and Sociology with a minor in philosophy at Northern Arizona University (NAU) in Flagstaff. She grew up in a community where volunteering was encouraged. Their activism for Phoenix’s homeless, immigrant, and young mother populations played a key role in the formation of her progressive values. She was a co-founder of NAU Collegetown and has served as an advisor to the 2013 executive board. Brielle is an enthusiastic Sex and Body Positive advocate and proponent of the power of contagious optimism. She cares deeply about social stratification on the basis of socioeconomic status and access and their correlative relation to racial minorities. She enjoys all things Harry Potter, clever puns, Swedish Fish, world travel, and weird animal YouTube videos.