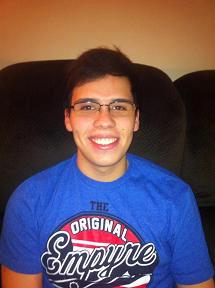 Cairo is a an undocumented, queer, immigrant from Brazil. He began to organize around the DREAM Act in 2010 with the Student Immigrant Movement (SIM), during the past six years in SIM Cairo has transitioned from leading media campaigns, to running Deferred Action (DACA) clinics as the DACA Coordinator, and to presently being the Lead Organizer, helping to manage and support the statewide chapters. He is a 2013 Yp4 Fellow! Currently, Cairo is finishing his undergraduate degree in Economics and Political Science at the University of Massachusetts Boston.