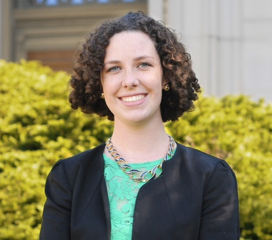 Caitlin attended UC Berkeley, where she studied Political Science, Public Policy, and Ethnic Studies. At her time at Cal, she immersed herself in progressive politics on- and off-campus, and has worked to empower womyn and queer folks to become politically engaged. She has worked in the Gender Equity Resource Center on campus, connected students to campus resources, engaged in critical dialogue, and facilitated a variety of events. She has been an ASUC Senator with CalSERVE (Cal Students for Equal Rights and a Valid Education), endorsed by the queer community at Cal. Also in the ASUC, with the office of the External Affairs Vice President, she headed the non-partisan Vote Coalition in Fall of 2012, led the campus to register over 8,500 students and community members to vote in the general election. That was how she got her start with YP4 as a Civic Engagement Organizer in fall 2012, and Caitlin looks forward to growing even more with YP4.