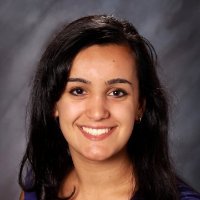 Courtney Hauck developed her passion for law and its role in promoting equal opportunity in business, health, and education during high school; she has carried on that passion as she remained active in her community and pursued majors in Chinese, Business, and Religion at Washington and Lee University in Lexington, VA. She worked as a law clerk for two consecutive summers in 2013 and 2014, implemented a community project to increase college access in her hometown as a Bezos Scholar, and used her role as a Johnson Scholar and leader in campus initiatives such as Moot Court and the biennial Science, Society & the Arts Symposium. Courtney is dedicated to exploring ideas and using her knowledge to promote social justice in her campus community and beyond.