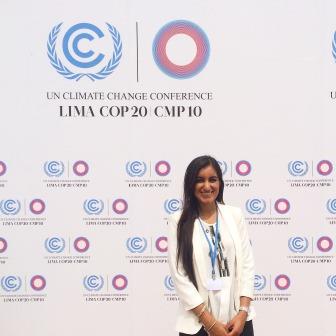 Harleen pursued a Global Medicine, M.S. and Health Promotion and Disease Prevention, B.S. at the University of Southern California. She was able to visit Lima, Peru for the United Nation’s 20th Framework Convention on Climate Change as 1 of 20 youth delegates selected from across the country to represent American youth at these important negotiations. Her particular role on the delegation was to voice the public health perspective and educate global government officials about the long-term health consequences of the climate change phenomenon. February 2014 marked the execution of Harleen’s YP4 blueprint with the inaugural Chalk the Block. In 2013, an idea for this event came to her in a dream and a team of dedicated USC students helped bring this event to life. We invited children from the South Los Angeles community onto campus for a day and challenged them to draw their dreams. USC students were paired with chalkateers to discuss their ambitions and goals, as the fun and supportive atmosphere was enhanced with live music, fun games, and various goodies. Chalk the Block received the honor of the National Association of College and University Residence Halls’ “Event of the Month” for innovative programming. From this recognition, the Blueprint for Chalk the Block has been implemented at schools across the country! Another Chalk the Block was held February 21, 2015.