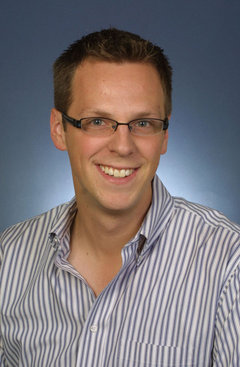 Jon Hoadley, 2005 YP4 and 2006 FLLA, is the President and owner of Badlands Strategies, a progressive strategy firm specializing in coalition management, fundraising, donor advising, and advocacy campaigns. His clients include Bridget Mary McCormack for the Michigan Supreme Court, We Are Michigan, the Michigan Election Coalition, the Unity Michigan Coalition, Fontana Chamber Arts, and others. Hoadley also managed the One Kalamazoo campaign to defend the Kalamazoo Non-Discrimination Ordinance. As a result of that victory, Hoadley regularly consults on nondiscrimination campaigns across the country. Previously, Hoadley has served as Executive Director of National Stonewall Democrats, worked for the Gill Action Fund, and managed South Dakotans Against Discrimination. In the community, he has also served as the Vice President of CARES, an HIV/AIDS Service Organization in Southwest Michigan. Hoadley has trained with People For the American Way’s Front Lines Leaders Academy to prepare the next generation of progressive public servants.