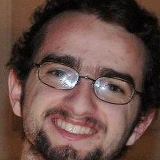 Jon was an emerging leader at Haverford College who worked on both race and immigration issues. Jon aimed to make race an acceptable subject of discussion among all students, rather than only students of color and in a broader range of social contexts. He was the only white student involved in campus black and Latino affinity groups, and a founding member of the new NAACP college chapter. He became a leader of the campaign to establish need-blind admissions for undocumented applicants to Haverford.