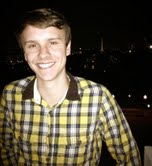 Kyler attended the University of Texas at Austin studying Political Communications. For much of his undergraduate career, Kyler focused his attention on societal inequalities and the work necessary to eliminate such disparities. He has served as the Chair of the Campus Social Justice Committee and has also interned with the Texas Gay Straight Alliance Network where he developed strategies and toolkits to help combat anti-LGBT bullying in public schools across the state. Kyler also studied abroad in London, where he learned the foundations and applications of public policy as it relates to social and economic justice. Kyler has also interned at People For the American Way.