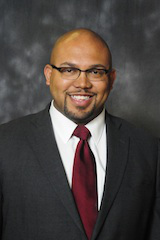 Matt Houston has served as Principal of MLH Enterprises and Chairman of the Board for the Dallas Black Chamber of Commerce. MLH Enterprises is a Dallas-based firm that provides education, professional development, and political consulting to organizations across the country. Clients include The Nelson Mandela Foundation, KIPP Charter School System, and various political candidates in the Dallas area. Matt was previously Executive Director of Group Excellence, a mentoring and tutoring company that provides programs to schools across the country. By hiring the best professionals, undergraduate and graduate students, and educators, Group Excellence sets the standard in preparing students for college and life.A desire to drive change, specifically in the area of economic equality for all, is Matt’s personal mission. Houston believes the path to success is through education and business creation. To that end, he has worked tirelessly to advocate for new businesses, wealth and job creation, and communities that create and value their economic engines.

In February of 2013, Matt was selected to the Dallas Business Journal’s 2013 class of Minority Business Leaders. Matt has also been named to the Dallas Business Journal’s 2013 list of Top 40 Under 40, an annual who’s who that includes corporate executives, entrepreneurs and business leaders.Houston has also been an active member of Oak Cliff Bible Fellowship, served on the City of Dallas Parks and Recreation Board, the board of the Dallas Regional Chamber, the Dallas Citizens Council, the board of the SMU Black Alumni Association, is a member of Alpha Phi Alpha Fraternity, Inc., and was in the Blueprint for Leadership Program Class of 2008 (Center for Nonprofit Management) and Leadership Dallas Class of 2012 (Dallas Regional Chamber).Matt is a native of Dallas and earned his bachelor’s degree in Economics from Southern Methodist University (SMU). He is currently getting his Executive Masters of Business Administration degree from the Neely School of Business at Texas Christian University (TCU).