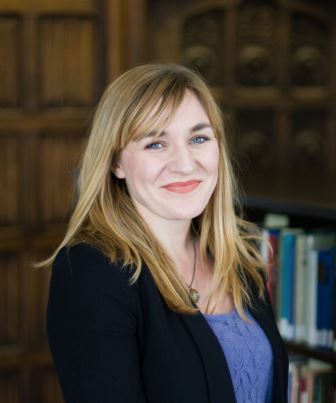 Megan Rosenbach has served as the Education Director at the Bicycle Coalition of Greater Philadelphia where she supported three programs: Safe Routes Philly, The Better Bike Share Partnership, and Cadence Youth Cycling. Each of these programs is dedicated to equity, health, and safety. Outside of work, Megan is a tireless advocate for public education. After graduating from the University of Michigan with a degree in Organizational Studies in 2008, she moved to Philadelphia to teach middle school social studies as a Teach for America Corp Member. Her experience in the classroom led her to found a community group — Neighbors Investing in Childs Elementary — in 2012 to provide support and resources for her neighborhood school in South Philadelphia. NICE has raised money for the school’s art program, revitalized the library, and has fundraised for auditorium improvements and arts programming. This local work has led her to join city-wide efforts to advocate for policies that neighborhood public schools such as a statewide fair funding formula. Megan has also been a covenant member with Circle of Hope Church where she has served as leader of the compassion teams board, kids team and a cell group. Megan has been named one of 55 “Connectors and Keepers” by Leadership Philadelphia and highlighted on Billy Penn’s “Who’s Next” list of education leaders. She was chosen as a Difference Maker by the South Philadelphia Review in 2013. She is currently enrolled in the University of Pennsylvania’s Executive Program for Social Impact Strategy where she is gaining skills and tools for social innovation.