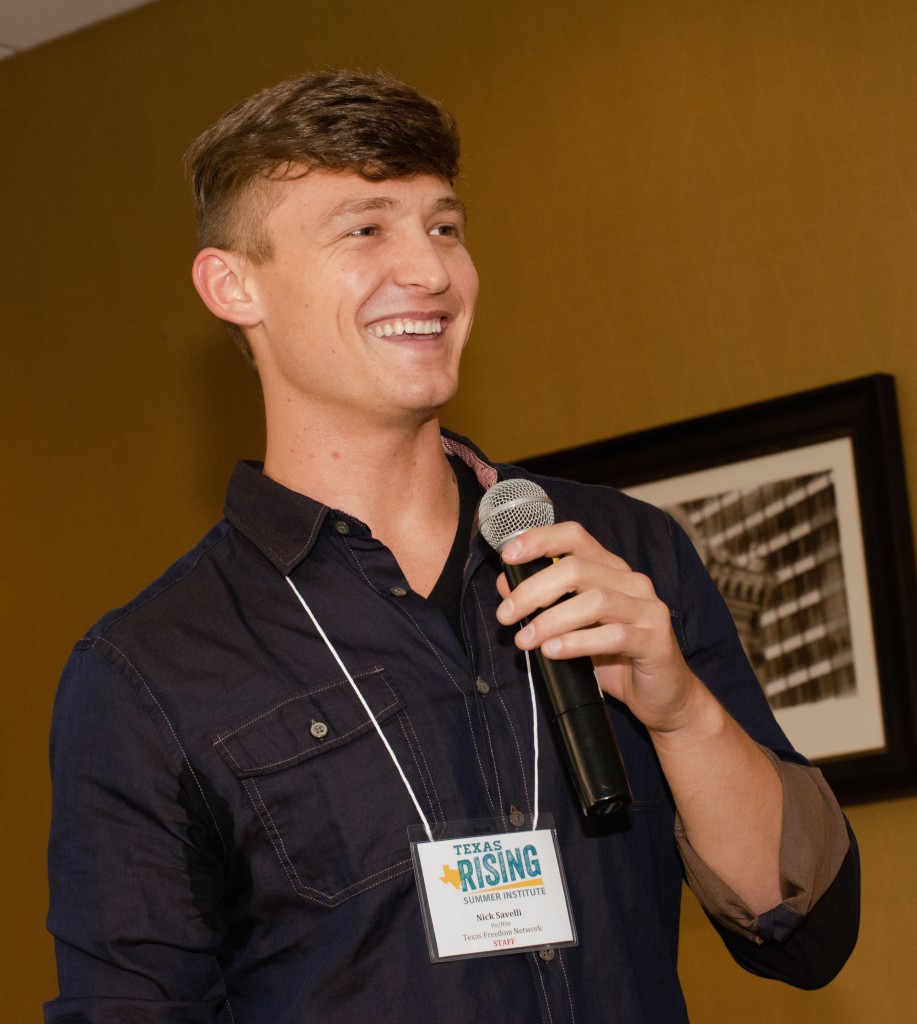 Nick Savelli has served as the Outreach & Field Coordinator at the Texas Freedom Network (TFN). At TFN, Nick organized Texans around LGBTQ equality, abortion access, and public education standards. Prior to his role at TFN, Nick worked in Washington, DC at Planned Parenthood Federation of America (PPFA) as a National Campus Organizer. While at PPFA, Nick worked on state level and national campaigns to protect reproductive rights and developed programing to support student organizing initiatives across the county. Nick was a Young People For (YP4) fellow in 2009 and has served as an alumni board member, trainer and mentor. Nick graduated from Florida State University (FSU) with a degree in Women’s Studies and Political Science. Nick became an organizer during his college years where he primarily focused on engaging men around rape and sexual assault prevention. In 2008, Nick took a year off of school to join the Soulforce Q Equality Ride, where he traveled the country doing LGBTQ direct action organizing at Christian colleges and universities.